Kohen left home the previous Tuesday morning for what was supposed to be three or four days of chemo. After fracturing his femur, he did not return home until tonight, one full week later. He left on crutches and in good spirits, he returned home in a brace, in a wheelchair, and in pain.

Kohen went to sleep early today, around 4:30 PM. Later in the evening Courtney checked his temperature: he was running a fever. As you may or may not know, during chemotherapy a fever is a bad thing. It is a signal that Kohen’s body is dealing with an illness or sickness that he’s no longer equipped to battle with due to his white blood cells being decimated by the poisons of chemo.

All night long Courtney stayed in contact with the doctor as she monitored Kohen every hour, taking his vitals and checking his fever. We were on the other side of 2 AM before we finally went to sleep.

This morning Kohen’s fever still persisted and he was on his 16th hour of sleep (he never sleeps that long). It was decided that Kohen needed to get to the hospital.

We were supposed to have the family together for two weeks between the first and second chemo treatments. However, after breaking his leg, those two weeks got trimmed down. And now, with his return to the hospital for a fever, that time is even shorter.

Kohen was admitted to ICU and will remain in the hospital for two days, unless more complications arise. 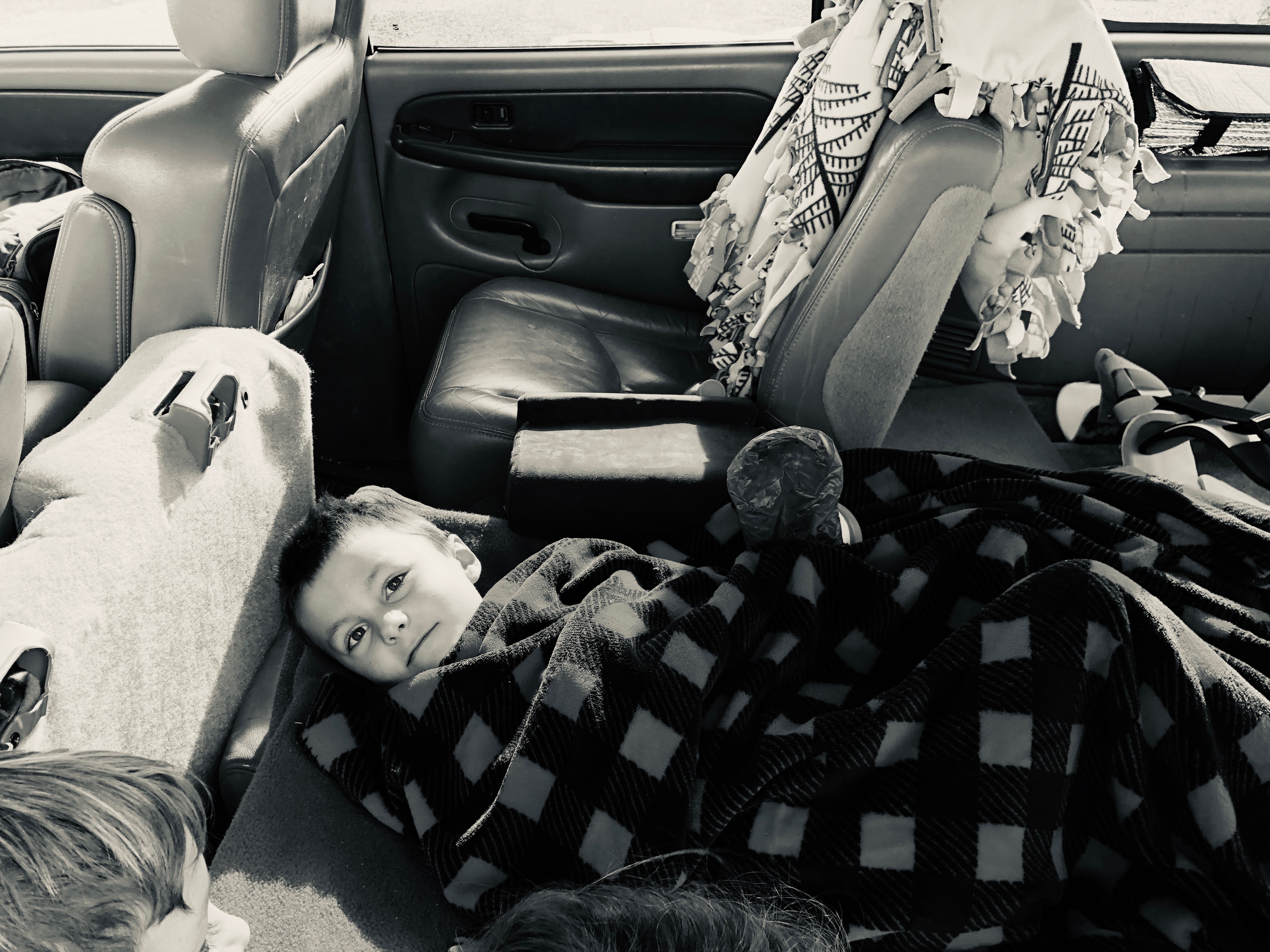 The report from Courtney at the hospital is that Kohen is doing better today. His fever is down and he has a good appetite.

Kohen returned from the hospital this afternoon.

Kohen’s aunt and uncle prepared a full banquet of food for us, and had it delivered so we could enjoy a great meal.

The kids were also blessed with gifts from family, friends, and strangers, all of whom provided encouragement and support for the battle Kohen is enduring and the stress his siblings are living with during this trying time.

One of the gifts our children received was survival kits. Each kit contained a Leatherman-type tool, a combined knife-spoon-fork utensil, a fire starter, a knife, and other items you’d expect to find in a survival kit.

It wasn’t long before Kohen was trying to open a package with that knife when he cut his finger. Fortunately, it wasn’t too bad and after a little mending, he was back to enjoying the day.

However, not even twenty minutes later, Phoebe started crying as blood began running from her hand. She too, had done the exact same thing as Kohen, but her cut was far worse than his.

I now expected to be spending Christmas at the ER while Phoebe got sutures for her cut, but Courtney was able to get it taped up well enough to close the wound. She then wrapped up Phoebe’s finger to better secure it.

Before long Phoebe was back to playing as if nothing happened.

Kohen and mommy left for Reno before sunrise this morning.

Today began the second round of chemotherapy. It’s expected they will be gone for five days for treatment, then they will be home for only two days before they go back for another five days. January will already be depressing enough, but not having my wife and son around will only exacerbate that depression.

After eleven and a half months of a good year, 2019 ended on a horrible note. We expect most of 2020 to be miserable as well as we face more chemo and major amputation surgery of Kohen’s leg. I am hopeful, however, that a year from now I can sit here and pen a New Year’s Eve 2020 post with much better news and much better hope heading into 2021.

(Oh, and for those wondering, Phoebe’s finger is doing much better today. She’s nearly all healed up.)

One thought on “Fractures, Fevers, and Knife Wounds, Oh, My!”